More nostalgia, a quiet day on the old A1, Great North Road in June 1964 before the Civic Centre was fully completed. 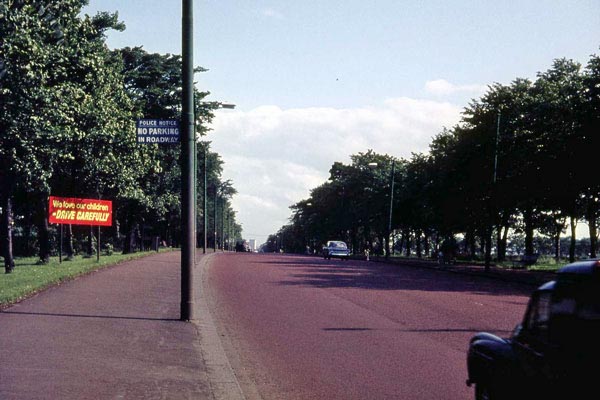 Blue House corner ahead, then the Town Moor proper.

Before yellow lines and red routes, police notice in blue ‘No parking in roadway’ was enough.

Before the Civic Centre, just visible in the distance, had received it’s carilion topping.

Before the A1 had been bypassed, first to the east through the Tyne Tunnel (now the A19), then to the west.

And only just after the trolley bus wires had been removed from the old tram poles.