FOVALD’s Lending a Hand group recently undertook maintenance work on the paths across Little Moor which you can read about elsewhere on this website. 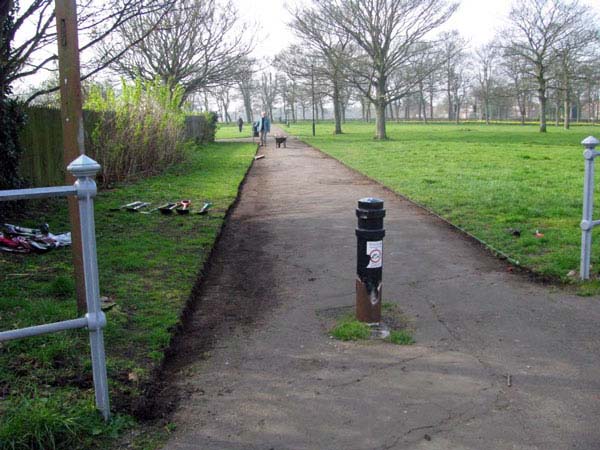 This is the older of the two paths across the Little Moor, possibly constructed about the time the estate was being laid out around 1900-10.

Until at least the 1970s there was a dark blue vitreous enamel sign facing town beside the gate at the Great North Road end to announce arrival at High West Jesmond.

In those days Moorfield did not run through to the Great North Road beyond the Lodore Road junction. There used to be cows on the Little Moor so gates were essential.

The trees planted alongside the paths were probably planted about the 1920/30s when the second, longer, path was constructed. Most of them haven’t survived!