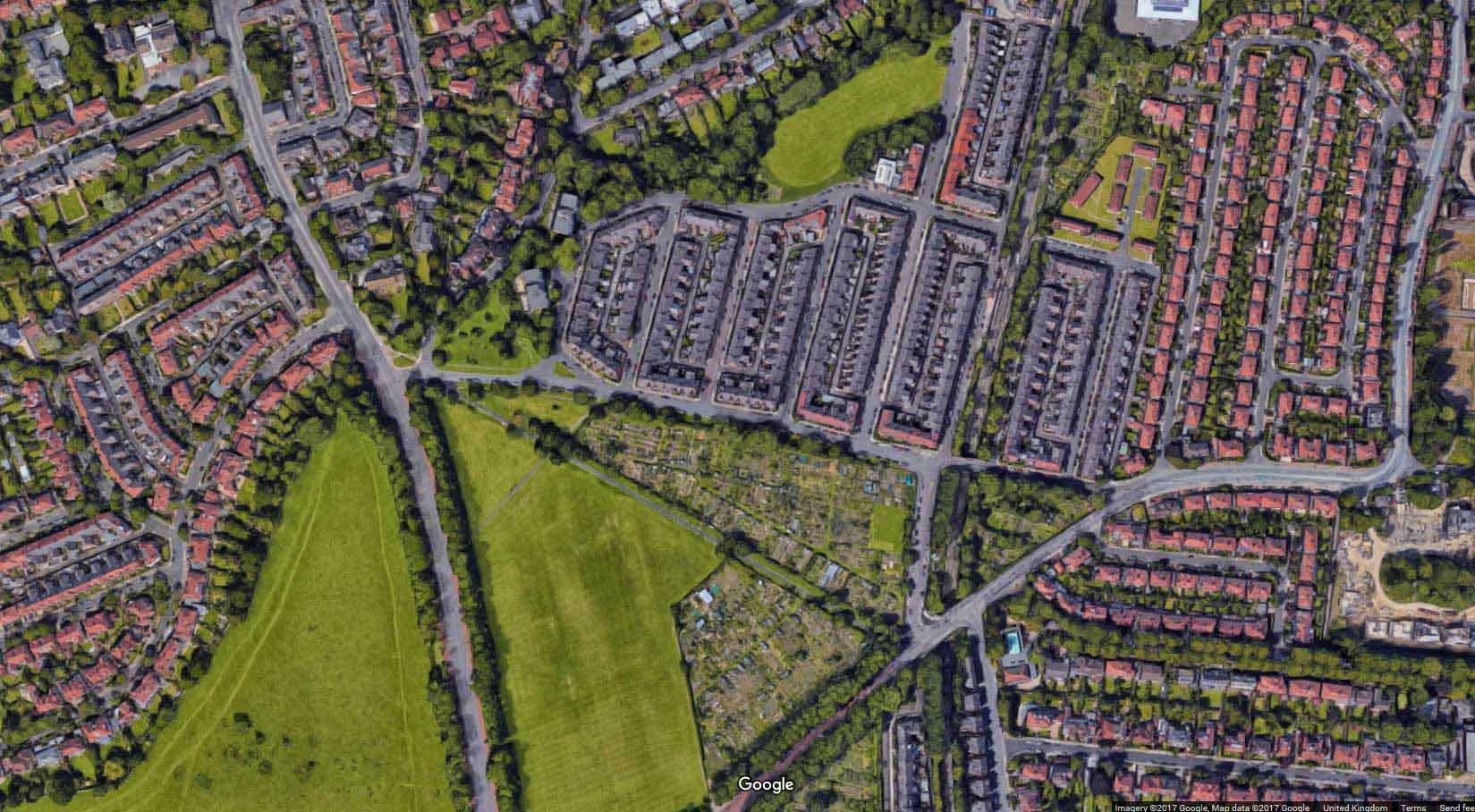 High West Jesmond is a compact area of Newcastle upon Tyne nestled between Jesmond and Gosforth with close links to both neighbouring communities.

to the west by the Great North Road – which runs from Newcastle northwards through Gosforth towards Northumberland (this road is now known as the B1318 and at the pedestrian crossing just north of the Blue House Roundabout is known as Gosforth High Street. It is the original route of the A1)

to the north by the Craghall Dene and The Valley and Little Dene – which is immediately south of the boundary between Jesmond and Gosforth. The green open space of The Valley is a much loved community green space regularly used by locals and visitors alike. Underneath The Valley is an underground culvert (the Craghall Dene which originates on the Town Moor and flows on the surface into High West Jesmond at Little Dene before disappearing into an underground culvert underneath The Valley. The culvert was originally open and was formerly known as Blackie’s Valley

The Tyne & Wear Metro rail line runs through the middle of High West Jesmond adjacent to Ilford Road/ Albury Road with a station at Ilford Road.

Find out some more information about the High West Jesmond community on the Local Info page.

Learn about some of the High West Jesmond background on our History page.