Moving a piano in High West Jesmond in 1964 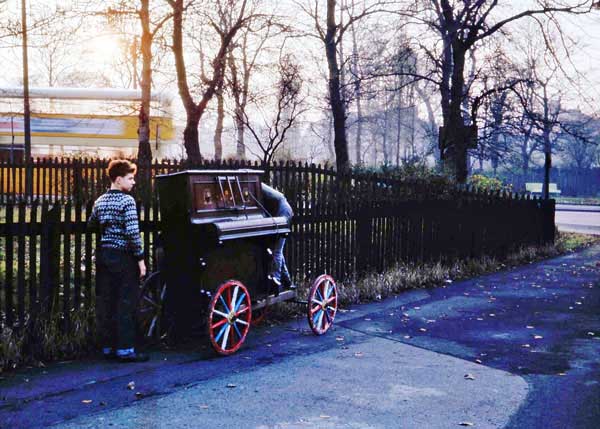 Back at West Jesmond Junior School in the 1950’s we used to have to take part in exercise sessions to the tunes of “Music with Movement” from the BBC schools service, played on big Rediffusion loudspeakers.

In the 1950s many High West Jesmond houses would contain a piano.

Television was still very new and there were probably only 3 radio stations most people would listen to, the Light programme (now Radio 2), Home Service (Radio 4) or the Third Programme (Radio 3). Hilversum was probably the only other listened to by teenagers and young people.

As TV became more popular, and radio programmes more diverse, lots of pianos were no longer wanted. I never found out where this piano was going to, had come from, or why.

This picture was taken in Moorfield, by the junction with the Great North Road in autumn 1964. I have no idea who these lads were, or what they were doing with the piano at this time or place! Possibly on the way to a Guy Fawkes bonfire?