2015 was celebrated as our “Centenary Year” – marking 100 years continuous use of the Valley by residents of High West Jesmond!

The main event, the Centenary Festival in early June, was not blessed with the best weather.

Our pitching of tents and gazebos invariably encourages the usual rain clouds to pay us a visit! However, a good crowd attended, the stalls sold out, our “Town Crier” was in good voice and lots of new residents took an interest in the history of the Valley and signed up as supporters.

A bonus was that in the run-up to the festival we found former resident Bev Bagnall, whose family lived on Lodore Road in the 1950’s & 60’s. His family photos gave us a glimpse of what the original Valley looked like before the City Council filled it in 1962.

A big “thank you” to all who helped make it a successful day, including the promotions company NE1 for 3 excellent gazebos, to our local café “Deliciously Decadent” for a lovely cake, to Chris & his Dad at our “Simply Local” shop for a bottle of whisky for the tombola, Andy at North Jesmond Garage for the energy supply and to St George’s Church and St Hilda’s Church for the tables and chairs.

The festival was complemented by a Family Picnic arranged in August by David & Sarah Dargue. The weather was much kinder and, as can be seen below, between 15-20 families enjoyed the afternoon and early evening.

Thanks to David, Sarah and everyone who contributed. It’s hoped that the picnic will become a regular event.

Preceding both of these events was the Easter Egg Hunt – adults(!) as well as children searching for goodies among the undergrowth and nooks & crannies. Fun was had by all!

Hedgehogs were spotted on the Valley in 2015, hopefully a spin-off from the wildlife shelters that we’ve created. Hedgehogs are becoming endangered, so if you spot one please let us know! 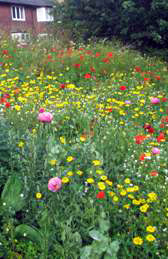 The vegetation in the Little Dene is now very dense in places, a consequence of falling trees, which is perhaps one of the reasons why so many foxes have been sighted during the year.

The spring flowers and wildflowers continue to please – not just us, but also the insect population! Lots of bees & butterflies seen and heard over the summer. A target for 2016 will be to identify the types of butterflies, as well as carrying out bird and bat surveys. 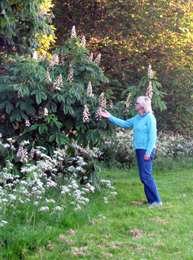 In terms of the arboriculture: the two chestnut trees next to Newlands Road were quite spectacular last spring; the hazel trees next to the culvert are thriving & provide an excellent food source for the squirrels and field mice; the rhododendrons in the NE corner of the Valley are now making a significant contribution.

Our application, which was submitted in June 2014, has still not been finally resolved by the City Council.

The only objection to our application was from the City Council itself, as “landlord”. In dealing with the objection and our comments, the Council sought advice from two barristers.

The legal advice that they received indicated that we may not have satisfied one of the criteria in the 2006 Commons Act. We do not intend to employ a barrister to contest this. Therefore, we continue to wait to hear from the City Council.

Gone but not forgotten

Several of our members & supporters passed on during 2015:

Charles Hall, Rectory Road. Aged 92, Charles was one of our founding members.

Chris Craig, Lodore Road. Aged 63, Chris was a regular at our events.

Sybil Durno, Newlands Road. Aged 96, Sybil had used the Valley since 1935 and gave an excellent statement in support of our Village Green application.

Barry Parmley, Lodore Road. Barry was a long-time supporter & a regular at events.

John Parker, Rectory Rd. Aged 85, John was also a long time supporter and a volunteer at most of our events.

All will be sorely missed. However, we are sure that they would appreciate the number of young families and children using the Valley in 2015.

Committee of Friends of the Valley and Little Dene
December 2014