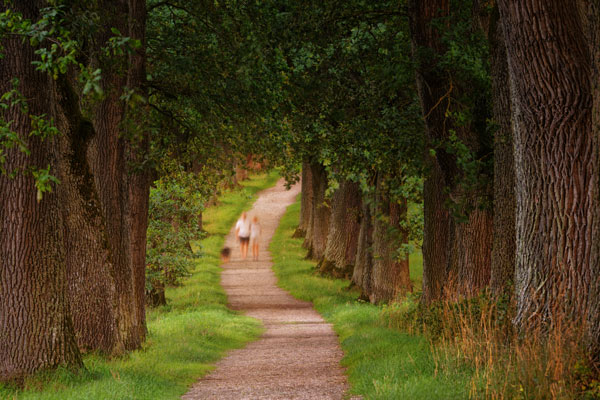 Research published today from the charity Fields in Trust shows that living close to and visiting parks and green spaces can increase people’s wellbeing and improve their health.

With The Valley and Little Dene at the heart of High West Jesmond many in our community will agree with this statement.

The following article has been written by the Department of Communities and Local Government (DCLG):

New Parks Action Group launched to help England’s public parks and green spaces meet the needs of communities now and in the future.

The research also highlights the importance of parks as spaces for neighbours to socialise away, helping to reduce the risk of loneliness.

Fields in Trust’s report, among others, will be fundamental to the new Parks Action Group’s work moving forward.

“I welcome the ministers response to the CLG Parliamentary Committee and Fields in Trust’s appointment to the newly established Parks Action Group at this pivotal moment for the future of parks and green spaces.

Our ongoing research recognises how these spaces help to address significant public policy issues including health and wellbeing and community integration.

We are looking forward to furthering our work with colleagues across the sector to ensure that we value parks and green spaces and take account of the vital contribution they make to local communities.”

“Making sure that all communities and all sections of society are able to enjoy the benefits of good green spaces is vital. Joining a local group can help young people develop their skills and older people overcome loneliness.

Well managed green spaces can also help whole neighbourhoods cope with the costly impacts of climate change. We look forward to helping the action group unlock more practical support so that local communities and local authorities can maximise these social and economic benefits.”

“Having been involved in lobbying for an inquiry, The Parks Alliance wholeheartedly welcomes the publication of the minister’s response to the Local Government Select Committee inquiry into the Future of Public Parks and particularly the creation of a cross governmental and sector supported, Parks Action Group.

The Parks Alliance is very much looking forward to working with the minister, government and the wider sector to secure the future of public parks for the communities that they serve.”

Parks and Green Spaces Minister Marcus Jones on 19 September 2017 launched a new Parks Action Group to help England’s public parks and green spaces meet the needs of communities now and in the future.

The new Parks Action Group will include experts from the world of horticulture, leisure, heritage and tourism, and will be tasked with bringing forward proposals to address some of the issues faced by public parks and other green spaces across England. To support them, government is providing £500,000 funding to kick start their work.

The action group will propose what steps can be taken in line with the government response to the recent House of Common’s Communities and Local Government Select Committee report into the future of parks and green spaces.

“We recognise the value of parks and green spaces to local communities – including reducing loneliness, increasing wellbeing, and revitalising town and city centres.

But we need to do more to make sure future generations are continuing to enjoy their benefits. That is why we have announced a new expert-led Parks Action Group to work closely with the sector to find the right solutions.

This latest development builds on action the government has taken to date to encourage more people to make better use of parks including:

In December 2015, the government published the “Sporting future: a new strategy for an active nation” which set out the importance of sport and physical activity. The first annual report on the implementation of “sporting future” was published with a specific focus on the themes of central government, local government and outdoor recreation.

In February 2016 the government awarded over £1 million to improve 87 small pockets of unloved, undeveloped or derelict land to transform them into 87 green spaces that the whole community can enjoy.

The government has announced that is to continue the Green Flag Awards license for making sure that Britain’s best parks and green spaces will continue to be recognised for another 5 years. For 20 years, the Green Flag Awards have been recognising the best of green outdoor spaces in the UK, for people to enjoy and setting standards for park managers across the country to try to emulate. Many parks have won the award, but winners also include more unusual spaces such as social housing developments, cemeteries, canals, and shopping centres.”

The House of Commons Communities and Local Government Select Committee report: “the future of public parks” published in February 2017, made 17 recommendations that are addressed in full in the government’s response published today (19 September 2017).

The members of the Parks Action Group are: