The Council are about to make 2 decisions that affect our area in a BIG way!

Say NO to the motorway on Little Moor and Dukes Moor

The Council’s plans for moving the Blue House Roundabout 50 metres north and making it about ten times the size of the current roundabout have been met with almost unanimous disbelief and anger.

Motorists, cyclists, pedestrians, environmentalists, local residents and businesses – pretty much everybody – have expressed serious concerns over the plans to tear up nearly 5 acres of beautiful Town Moor land, cut down 100 mature trees and construct a “motorway-style” roundabout in the middle of Little Moor and Dukes Moor. And for what purpose? The Council has not produced any traffic information to justify a proposal of this scale.

As well as being part of the Town Moor, the Little Moor has been a designated “public open space” serving Jesmond and Gosforth residents for more than 80 years.  lt rentains a popular and well used space in an area where access to such spaces is very limited.  The road proposal will reduce the space by more than a third and the attractiveness of the space for recreational purposes will be severely curtailed.

Say NO to cutting us off from Jesmond

lf these proposals go through then the only way to drive into Jesmond would be to go down to Forsyth Road (already identified by locals as a traffic black spot), or further on down to Clayton Road and all the associated school traffic.

The only other route available would be to drive all the way down to the Central Motorway and come up Osborne Road from the South!

The number 33 bus would also have to be re-routed under these plans.

ln order to have a direct impact on the Council’s thinking and to make sure your views get heard, it is essential that you make your feelings clear to the main decision makers.

Here are the three places that we suggest you respond to by 21 August:

Respond constructively to the council at the above web address to tell them your thoughts on the proposals – both for the Blue House Roundabout and Jesmond Dene Road.

There are already a number of good posts on the website stating sensible objections – you will probably have your own points to add.

The Freemen of Newcastle

Contact the Freemen at the above website and let them know your feelings about the suggested destruction of 5 acres of Little Moor and Dukes Moor as well as the ripping up of over 100 mature trees.

The following are quotes from the Freemen’s website that you may want to reference in your response:

“ln many respects the prime value of the Freemen’s rights is that they protect the open space, a wonderlul asset for the City ond its residents. This has been their main consideration over the last 250 years”

“The Newcastle upon Tyne Town Moor Act 1988 protects the rights of the Freemen …….. the Freernen are now in a stronger position to protect the open space from development. Various schemes ore still proposed from time to time and the Freemen will remain vigilant in protecting the Moors”.

“The commitment of the Freemen to protect the Moors, not just for future generations of Freemen, but for the City and citizens of Newcastle is paramount”.

Let Catherine know your feelings about the proposals – the impact it will have on the local environment, the real difficulties it will cause for residents in her constituency and the fact that the plans sit uncomfortably with the grant given to Newcastle City Council for Newcastle to be a carbon neutral city.

HWJRA will be taking action to represent residents

High West Jesmond Residents’ Association will be writing as an organisation to the above but the count of individual opinion is important and as your local residents’ committee we urge you all to make your voice heard – whatever your feelings about the proposals – by responding to the council, the Freeman and our local MP at the addresses outlined above.

You can download and print our Make your voice heard leaflet here.

If you don’t have access to the internet or you prefer sending a traditional letter then please write to:

All responses must be sent by 21 August 1996 so please don’t delay. 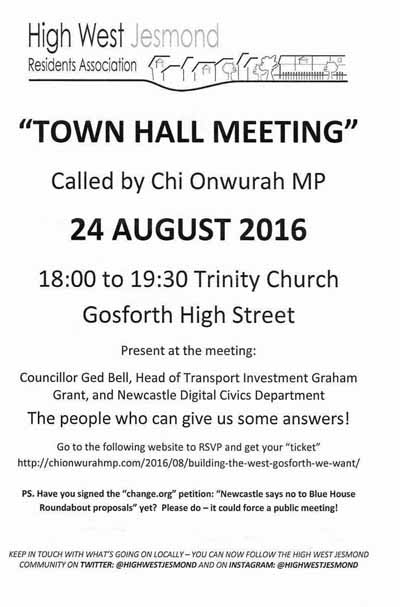 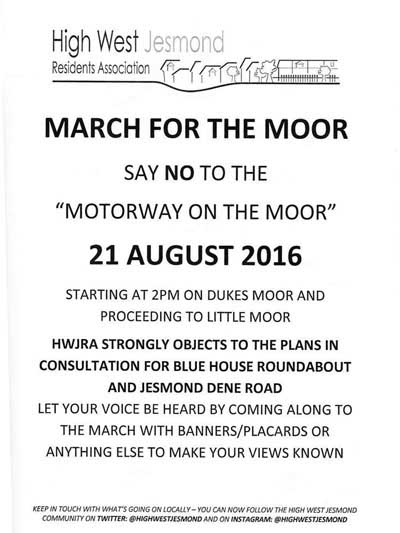